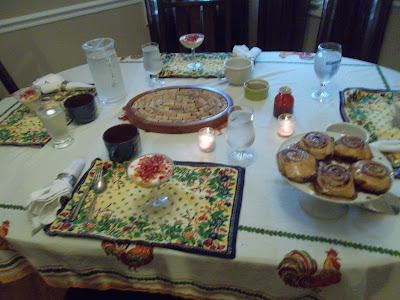 I've long wanted to have a fancy brunch party. We've got a lot of cookbooks, and I read about things that sounds fabulous and laborious like stratas, frittatas, and quiches. Are you really going to wake up on the weekend and start rolling out a pie crust? No, no you are not. I have made in the past mushroom ricotta crepes, cinnamon buns with buttermilk icing, and the first thing I ever cooked on my own from scratch was a goat cheese and leek quiche. Well, we all know the best thing to motivate you to cook fancy things is to invite other people over, and what is more fun than a fancy brunch? Here's someone who likes the idea as much as I do. Martha Stewart also has some ideas, and I love them all.

My friend Katie and her boyfriend came over, and I set up a spread of things that could easily be made ahead of time. I don't think having people over for brunch would work as well if you were off flipping pancakes and folding omelets while your friend is talking about their schoolwork or you're trying to tell some long, convoluted story about your week. 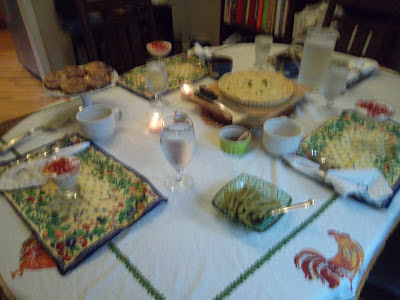 We started out with a yogurt parfait. I layered Brown Cow yogurt (which is completely amazing), and pomegranate seeds, and drizzled on some honey I bought at the Berry Patch farm store. 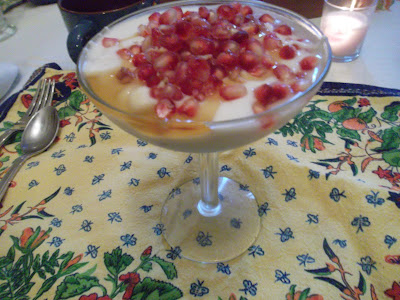 I put out some dilly green beans I helped my friend Jessica can from her garden awhile ago because her arm was broken. She took the class through From Scratch Club and got the recipe from the book Food in Jars. The green beans turned out to be really delicious, and were improved I think by the garlic and cayenne pepper in the recipe. 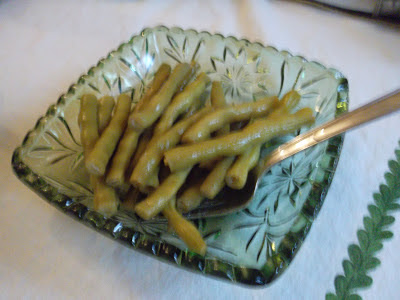 I made cinnamon buns, which came out better the first time I made them but no one noticed. The yeast was a little old I think. The thing about baking is that you can cover most mistakes in icing. 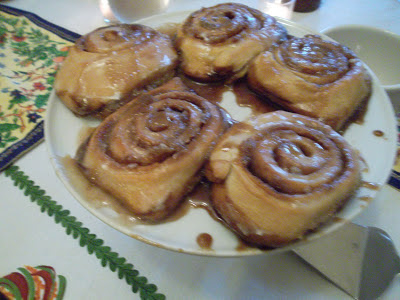 I also made an apple cheddar quiche from the Gardner Museum Cafe Cookbook, which I totally love. I wrote about that cookbook before. Everyone loved the quiche, and my friends commented that it was really pretty. I thought the apple cheddar combination was a nice choice for autumn in the Northeast. 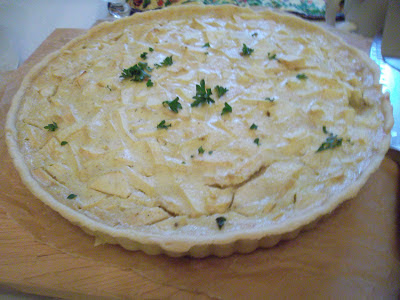 My friends bought apple cider and mulling spices, which made the house smell amazing. I started out with lavender Earl Grey from the Whistling Kettle, and moved on to a cafe au lait.

I like going out for brunch, but there is also something really fun about making a fancy brunch at home!
breakfast brunch entertaining party