Showing posts from April, 2015
Show all

By Ms. Garlic - April 04, 2015
Yesterday, my friend and former co-worker Megan and I met up at an opening at the Albany Center Gallery (where I had never been before, but thought it was a really cool space) and headed over to The Hollow , where I've been wanting to go for quite some time. I'm not really one for Happy Hour menus (maybe because most nights you'd rather go on and have a proper dinner), but on Fridays, after a long hard week - you deserve those sliders and that mason jar of whatever pretty looking mixture! You made it this far! Anything else can wait, I say. So we showed up and ordered from the Happy Hour menu the shrimp skewers which come with a really nice vinaigrette, some arugula, and some roasted red peppers. They were very flavorful and had a kicked up spice on them, which I enjoyed. We also ordered the asparagus plate which tasted super fresh and was perfect for spring (shall it ever really show up) with the lemon and the parsley. We were drinking the Kim Crawford Sauvignon Bla
Post a Comment
Read more 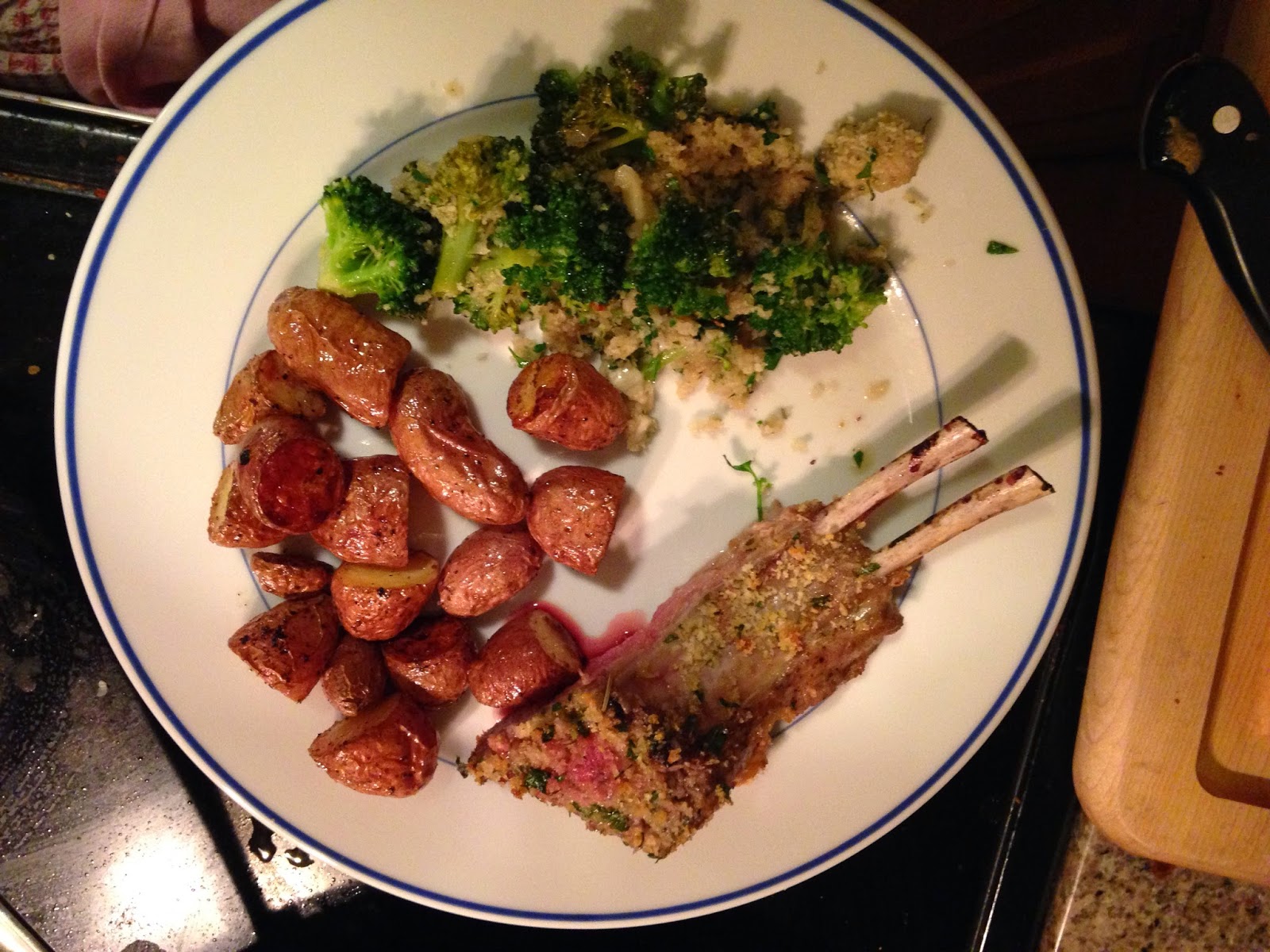 Ms. Garlic and I never go out for Valentine's Day, which even if you can get into your restaurant of choice tends to involve prix fixe specials that are inferior but substantially more expensive than the restaurant's typical menu.  And a restaurant meal budget can get you some very fancy ingredients for a home meal, so we prefer that. Back in February, I made rack of lamb for the anniversary.  I use Thomas Keller's recipe , which reminds me of our honeymoon (we spent part of it in Northern California, and while Keller's most famous restaurant is far beyond our means we did eat at the much more affordable and still excellent bistro Bouchon .)    I pretty much follow the recipe as is, although as with most restaurant recipes about half the butter in the rub works fine.  You combine anchovy, garlic and butter with a mortar and pestle (or food processor -- we did the former, thanks Ms. Garlic for the mortaring and pestling!), add bread crumbs and herbs.  Sear the rack
Post a Comment
Read more
More posts