By Ms. Garlic - October 28, 2012
It is an exciting time for me. Detroit Tigers are in the World Series (though playing terribly), the election is coming up, and I'm changing jobs (hooray!). I've been really liking the John Mayer song "The Age of Worry". Here's some of the lyrics:

"Don't be scared to walk alone/ Don't be scared to like it
No, your fight is not within/Yours is with your timing
Dream your dreams but don't pretend/ Make friends with what you are
Give your heart then change your mind/ You're allowed to do it
Cause God knows it's been done to you / And somehow you got through it"

This all makes me reflect on the town I've spent the past three years working in. 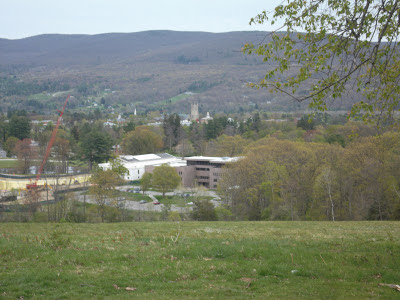 Of course, I was lucky to get a job when the economy was terrible in 2009 in my chosen field - even one that was temporary, grant-funded, and in a different state around a steep and sometimes snowy mountain. It wasn't always easy though, and I am now even luckier to find a permanent job closer to home.  There's research to suggest people who commute long distances are less socially integrated in their communities. The time commuting was realistically 2 hours to 2 and half hours per day that I could have spent exercising, reading, or out for coffee with friends. I actually found New Englanders to be incredibly reserved, and sometimes even suspicious of outsiders. There are also some really unique aspects of the town itself as an elite enclave. People in Williamstown don't see their peers as Pittsfield, Hancock, or Bennington, and definitely not North Adams. They see as their peers pockets of groups in NYC (Upper East Side), Boston (Cambridge), New Haven, or Princeton. I found the stark divisions between small towns that are very close to each other in desolate surroundings very interesting, and difficult to understand in the beginning. It was even harder to explain to my friends when they came to visit me out there. I first encountered these attitudes when I had to gallery sit for an artist who had set out to portray the differences between North Adams and Williamstown. People came in already upset and ready to tell me about all the ways they felt slighted in their daily lives by people who lived in Williamstown because they lived in North Adams. It was unreal, and it sounded like high school cliquishness.

That all being said - it has got what is often considered the best liberal arts school in the country. Its the best of everything taken for granted. Of course your intern took the train down to go to Per Se last weekend. Of course you know heirs to chicken fortunes, offspring of fashion royalty, and kids who say things like "I'm from the kind of family where I'll never have to worry about money". I once saw someone take a limo from NYC to Williamstown. Its a random Tuesday and you might get to see Barbara Ehrenreich or Lawrence Summers speak, and is that Leonardo DiCaprio in the coffee shop? No big deal.

So, for you, I'd thought I'd run down a list of the businesses in town and give my opinion of them. 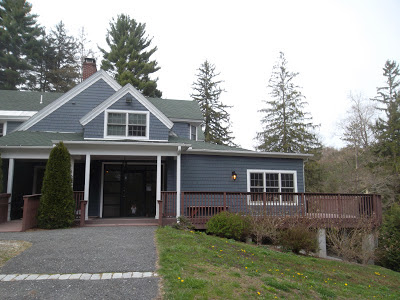 Obviously, I am excited for my future, but I'm trying to do all my favorite things one last time. I also can't help feeling like I am going to miss my coworkers. You announce you are leaving and all of a sudden you have a parade of people in your office telling you how much they love you and how great you are at your job. It is hard. I'm trying really hard not to feel guilty, and I really hope my replacement is going to be amazing. I am reminded of this quote from "The Office":

“The people you work with are people you were just thrown together with. I mean, you don’t know them, it wasn’t your choice. And yet you spend more time with them than you do your friends or your family. But probably all you have in common is the fact that you walk around on the same bit of carpet for eight hours a day.” –Tim (Martin Freeman), the UK The Office finale


It's true, they aren't your friends or your family, and yet it is a totally different bond that seems real in its own way. Looking forward now, I'm totally open to Saratoga lunch suggestions.