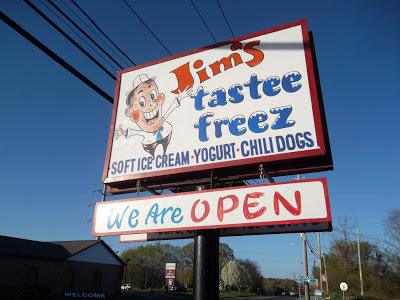 You know it is spring around here when the Jim's Tastee Freez opens up again! We tend to think that the Kurver Kreme is a little overrated. We haven't been to all the places in the area (we still want to visit On the Farm in Latham), but we really like the Tastee Freez. 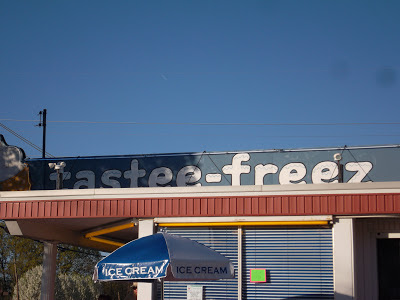 My husband loves the Boston Shake (see also Mr. Dave's post from three years ago - probably where Scott got the idea to try it to begin with), which is vanilla soft serve in a chocolate shake. On this particular day, they had pistachio soft serve. I can't be sure that any real pistachios were included in the concoction, but it was refreshing and delicious with a nice mild flavor. I'll never understand why pistachio flavored things have to be green. I was raised with green pistachio pudding, and then eventually went to Belgium where their amazing white pistachio ice cream sort of blew my mind. But this green stuff made into a marshmallow sundae - I also enjoy. 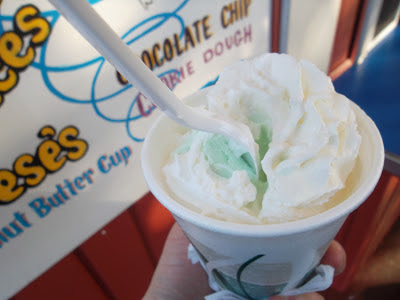 Working on a college campus means another thing for spring and that is lots of seniors graduating. There's a lot of anxiety and general unease in the air. By contrast, I've been feeling life is very simple lately. People shouldn't over think it. Just go with it. Your life is what you do while you do it. Like when you get married and say "I do" - you aren't just saying you will, you are saying you do - like an action - like go do it, like love and life are verbs. That isn't really an answer to a graduating college senior who asks "How do you know things will turn out ok?" You don't, but there is ice cream at least.