By Ms. Garlic - April 28, 2013
I'm feeling really hopeful about the future of Troy nowadays. Back last year when the Pioneer Co-op closed, I wasn't feeling as hopeful. I have a friend who used to shop there who now walks across the bridge to use the Watervliet Price Chopper (its not their best location). I really feel that things are looking up though, and not in a way like realtors have been saying that Long Island City in Queens has been looking up for the last ten years - where they build luxury condos assuming other businesses will follow, and they never seem to (unless you want to count the gentlemen's clubs under the subway tracks). 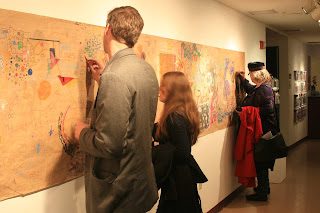 We took the students down to do a Yoko instruction piece called "Walk on a Painting", in which we took our drawing down from the gallery, stomped on it, got the audience to stomp on it, and then hung it back up. It was a lot of fun. Also, St. Rose professor Kate Laity read some amazing poetry and talked about her piece in the show. It wasn't a huge turnout, but it was a great vibe, and the students had never been to Troy before and were really impressed. 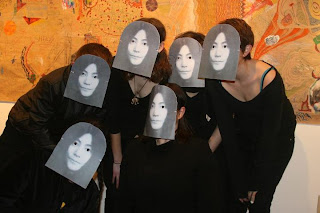 So, I think things are looking up for Troy. There is something for me especially about loving the Confectionery so much and hearing that more and more people love it too, that makes me feel especially optimistic. I sort of like all those Uncle Sam statues too. 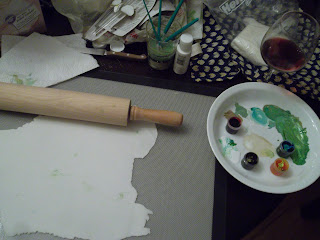