By MsGarlic - February 07, 2012
As part of Tuesdays with Dorie using the book Baking with Julia by Dorie Greenspan, I made the white loaves recipe. You can check out the recipe here. I enjoyed this recipe and was able to use some of my dough agitation techniques I learned from my King Arthur Flour pizza making class. Dealing with the sticky dough made me appreciate the bench scraper we had at the class (like this one), and I headed out to Different Drummer's Kitchen afterwards to pick up one for future bread making projects. I love my Roll'pat for projects like this, as it helps to keep the counter clean, and it is really quick and easy to rinse off afterward.

First I gathered up the dough by mixing together warm water and yeast and then adding flour, sugar, and salt. 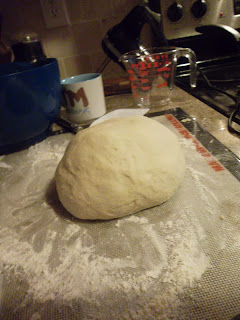 You beat in some butter, and then put it in a bowl to rise. 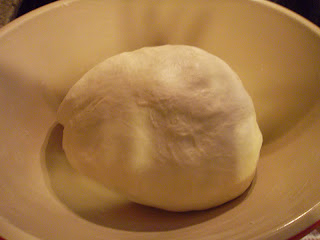 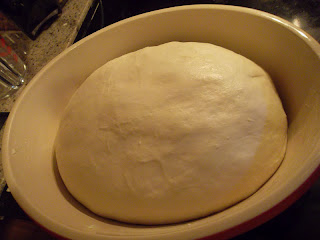 Then take that out and divide it in two on the counter. Then we are patting them out, rolling them up, and sealing the seams. 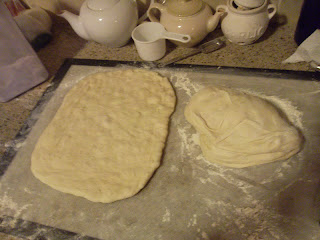 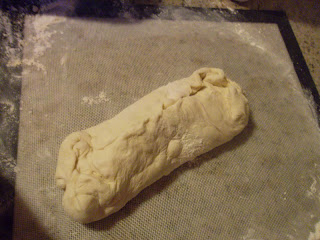 Plop those in two buttered pans: 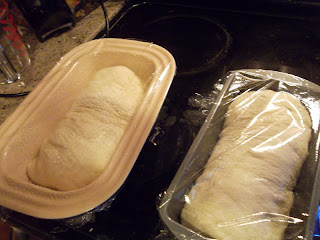 Then after baking them, check out how beautiful: 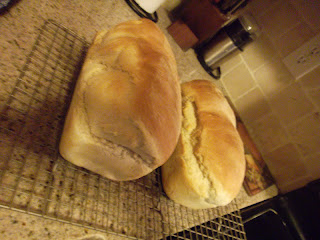 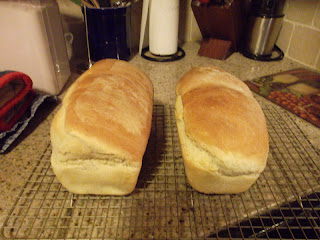 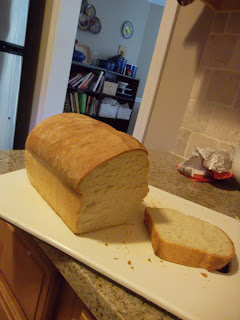 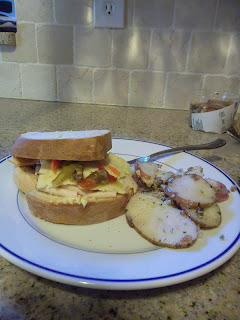 Overall here are my feeling on this recipe:

Really what beautiful, beautiful loaves you get! Check out 199 other bakers' loaves (and counting!).
blogging issues bread breakfast home cookin Tuesdays with Dorie